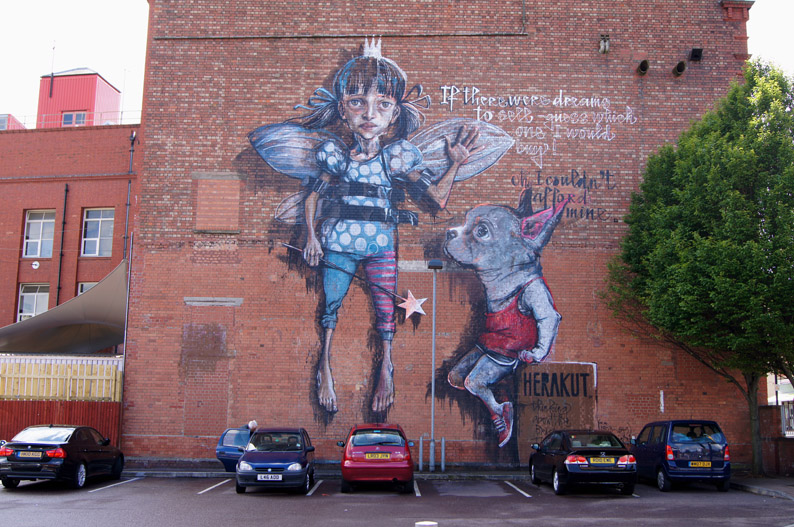 On Friday 4th June, 250 graffiti artists and DJ’s from around the world descended on a small suburb of Bristol. The main street in Southville was closed to traffic and for two days the artists were given free rein to spray on walls, shop shutters and purpose built boards around the area. The result is a spectacular open air celebration of Urban Art, a unique collection of paintings which has transformed a relatively ordinary city suburb into something quite special. The “Urban Paint Festival” or “Upfest” is the largest celebration of Urban Art in Europe, and thanks largely to the success of Bristol’s Banksy, plus the remarkable support of the local council, Bristol is now it’s cultural home. Bristol is unique in this respect – a city that not only allows graffiti but sometimes even encourages it, and in doing so has given the population it’s own mini cultural revolution. So next time you’re in Bristol pay a little more attention to the buildings around you – the walls, the pavements, the lampposts. And don’t be afraid to ask the local shop keepers of Southville to show you their shutters – there aren’t many businesses in the UK that are proud of the graffiti that appears on their shop fronts overnight. Urban Art itself may not be the answer to regenerating a city, but it does go someway to perhaps instilling a little pride into it. 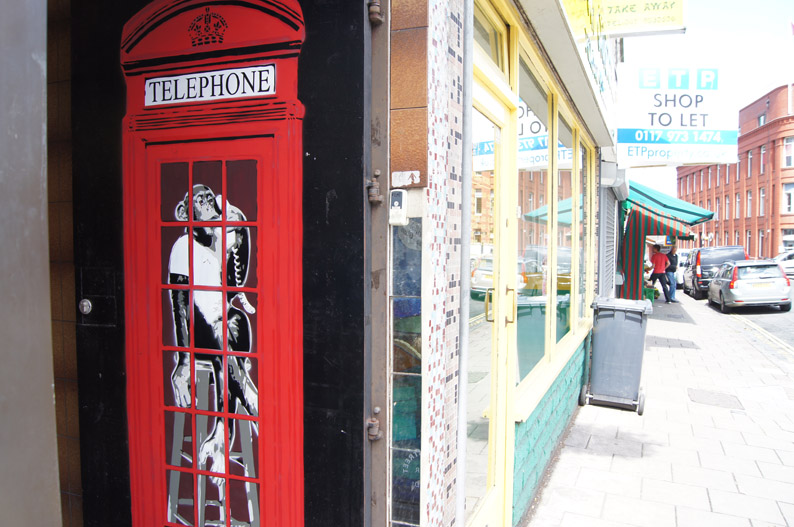 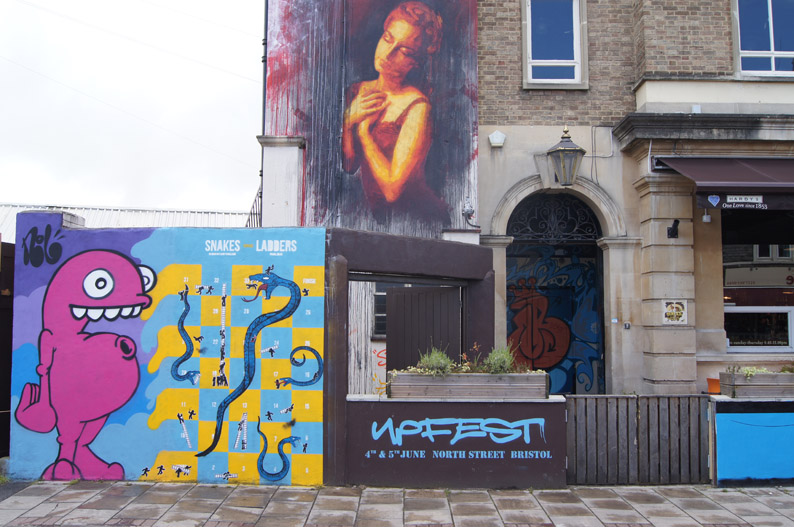 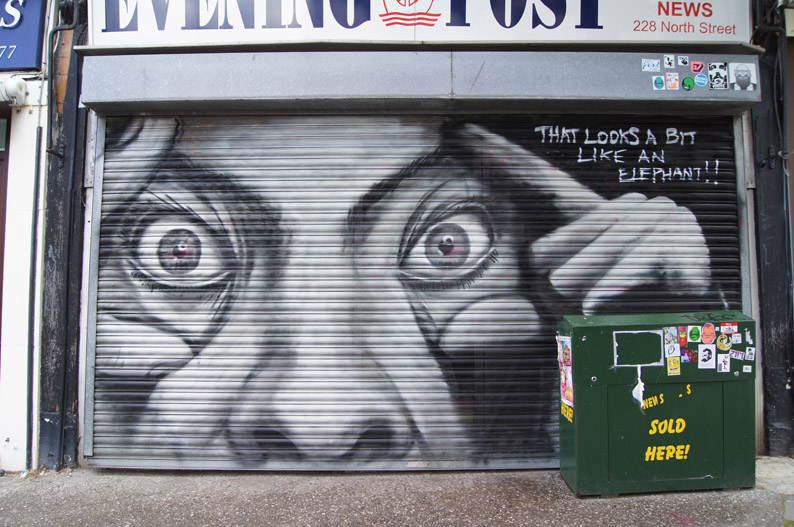