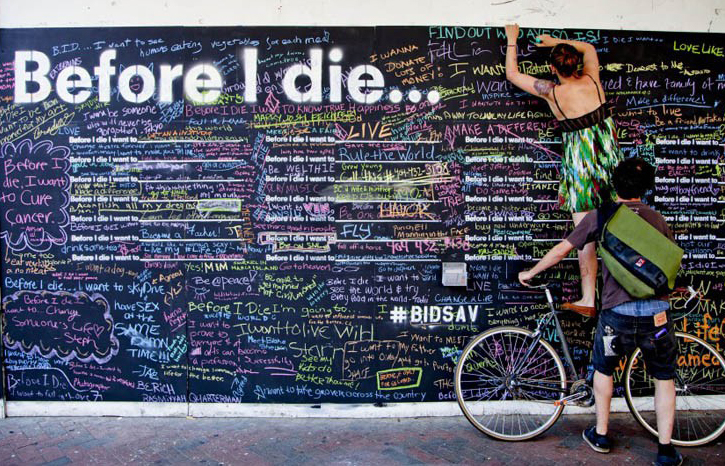 In March 2011, after losing someone close to her, artist Candy Chang decided to turn an abandoned house in her neighbourhood into a giant chalkboard. She stenciled it with the words “Before I die…” and invited passers by to reflect on their own lives and share personal aspirations. By the next morning the entire wall had been filled as people embraced the idea passionately. The original chalk board has since disappeared and the abandoned house has become a home again, but the idea lives on as other communities around the world create their own versions of the “Beofre I die” chalkboard.

Candy Chang is based in New Orleans and wants to make cities more emotional. She believes our public spaces can better reflect what matters to us as a community and as individuals. You can read more about “Before I Die”, and other projects here.